Home > At Home > Get an Upgrade From your TV Provider

Get an Upgrade From your TV Provider 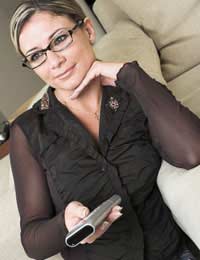 Getting an upgrade from a service provider (SP) really isn’t as hard as it first appears to be! Bear in mind that SP’s costs will be roughly the same if they have 1000 customers or 100,000, because they are providing people with a service and not an actual product.

Because of this, there is a LOT of leeway and room for discussion when it comes to price, package and extra added freebies. Right now, as Richard Branson’s Virgin Media group challenge UK big boys Sky for the greatest percentage share of UK television customers, companies are even more willing than usual to cut prices and add channels, if it means keeping hold of a customer.

What an Upgrade can Include

Blaggers can expect to slash their monthly bills by over 50% (especially if their package includes phone and broadband as well as TV) simply by calling TV companies to complain. If preferred, companies will almost certainly upgrade your service to something offering more channels (than you’ll ever need) because it doesn’t cost them anything to do so. Alleviating an unhappy customer with free channels is a win-win situation for both parties as it costs neither party anything but does keep hold of one more paying customer.

Other forms of upgrade (particularly on Virgin) may include receiving a free mobile and subscription to Virgin’s mobile network following a complaint. Virgin controls so many areas of business and retail that they are usually able to offer something exciting to anyone.

Common customer complaints at both Sky and Virgin involve technical errors (fuzzy screen, stalling set top boxes, freezing menu screen) and administrational errors (duplicate mail shots, cold calls, errors on bills). When something goes wrong with your service (and it undoubtedly will at some point) make sure you call up to complain and threaten to cancel your subscription. Say that you just aren’t happy with the level of service you’ve received, but make it clear that you could be persuaded to stay if offered some kind of perk, such as reduced rental, increased channels or other media incentives.

Mentioning that you’ve seen better financial deals elsewhere and that you are concerned you are paying too much is a good way to get the message across that you want a big reduction in your bills. At the moment, TV service provider’s staff have almost certainly been told not to let ANYONE leave their service, even if this means reducing monthly subscription fees to minimal levels. If you are strong willed enough and have time enough to do it, a series of telephone complaints and subsequent letters may mean very cheap, upgraded or even free, TV (and even all the other home media services)!

When you call your TV service provider the first person you speak to will almost certainly be the least likely to be able to help you efficiently. For this reason, it is a good idea to ask to speak to the Team Leader, immediately after saying hello. Even if you talk to a Team Leader, you will probably be passed through to a member of the Sales team or Customer Retention services. Blagging over the phone can take time.. but it is worth it, eventually!

When you’ve been put through to the right person, explain slowly and carefully why you are unhappy with the service you have been receiving. Be friendly and amicable, as they control the extent of discount or upgrade you will receive, and people tend to give better deals to customers they like! If you get the deal you are after, great. If not, and things are going nowhere, ask for the name of whoever you are speaking to and then ask for the name of their supervisor or the highest in command in the complaints department. When you have this information, say goodbye and get on to your laptop. It’s time to write a letter!

Writing a Letter of Complaint

Letter writing can be a long process because firms take so long to reply. The usual format of complaining with a large company is that you write to them first, they reply within 30 days offering their condolences. You must then reply and clearly state you are still unhappy and will be taking your issue still further (to the Office of Fair Trading, Small Claims Court, or similar). Wait 30 days for another answer. If you don’t get what you want, which is unlikely, you should re-consider your case and if you think it is strong enough, follow the legal route.

REF: XXXXXXX (if you have one)

Dear (make sure you have a name to address things to!)

I am very unhappy about the levels of service I am receiving from (the company). Last week my TV froze on the menu screen every single night, and I had to wait 20 minutes before any programmes appeared. I am a busy person and I do not have time to waste. This is not the service I expect from a company as large and well respected as (the company).

Although your call centre staff have now rectified the problem I am convinced it will return, as it has happened on and off since I subscribed to your services. I am also annoyed that if I hadn’t spotted the mistake, then the problem may never have been rectified.

I no longer feel I can trust your service or technical teams. I am seriously considering leaving your company in favour of your competitors and shall do so, unless I receive some form of compensation in recognition of your mistakes.

The Blagger's Guide to The Internet

How to Negotiate a Good House Price

Get an Upgrade From your Service Provider