Home > Employment > How to Use Your Sick Days Wisely

How to Use Your Sick Days Wisely 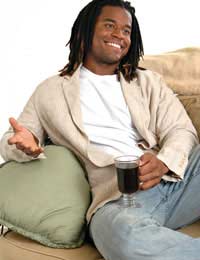 Every one of us needs to take a sick day once in awhile just to maintain our mental health! Spending day after day in an enclosed shoe box of a room with a whirring, inefficient air-con unit and five other equally unenthusiastic members of staff is enough to drive any half-sane person completely crazy!

We believe that most sick days should only be used if you really are sick, but a few sneaky sick days once in a while are usually a harmless extra perk that you’d be a first class chump to pass up! So how to perfect the art of blagging a sick day..?

Plant the Seeds of Sickness early

When you call in sick on the morning you are taking off from work, your story will be much more believable if you have demonstrated to your co-workers (and in particular your boss) feelings of illness during the previous day (or afternoon).

A good trick is to start clutching your stomach about an hour after lunch and complaining of cramps and pains. Take a reasonable amount of toilet breaks and ask your boss for a few minutes “fresh air” outside. If you’re lucky and a good enough actor, your boss may just tell you to go home – perfect! If you aren’t so lucky, play out the rest of the day and then text your boss before you go to bed telling them that you don’t feel so good and you’re getting an early night. Let them know that you’ll call them in the morning if you’re still not feeling so good. This should set up your escape from a day’s work quite nicely!

If you just fancy a day off work and it doesn’t really matter what date you have off it is wise to plan around your boss’s schedule. If you have a particularly disagreeable boss, you may want to choose a sick day for when he is going to be in the office so that you can spend a wonderful day out of his or her company.

Another option, if you have a very strict boss, is to take a sick day on the same day that boss will be out of the office, so that the absence won't be noticed by him/her. It may sound strange, but your boss will care a LOT less about absentees who are away when he/she is. Your boss is likely to be under the impression that the most important work only takes place when they are in the office and so missing days when they are not in the office is less significant.

When employees really are ill they wake up, feel bad and call their boss straight away to explain the situation. They keep it simple and just say they feel ill and that they’ll come in later if they feel better. What sick people don’t do is have the need to cough every two seconds down the phone, to make it obvious they have a cough. They also don’t have the need to intricately describe the foundations of their disease to anyone that’ll listen. Sick people don’t need to justify themselves, because they really are ill. People faking a sickness are much more believable if they keep things simple and don’t try so hard!

If you call in sick, it's best to lay low if you live near your place of employment. Remember that even though you have planned your sick day to coincide with your immediate team to all be working, other company employees might have taken legitimate days off and may spot you. Word travels very fast in offices. Although most people take sneaky sick days, being found out for taking sneaky sick days is a big deal and could cost you your job. There is plenty to do at home with a day off.. don’t go out unless you have to!

The Best Day to call in Sick..

…is Thursday. Taking Friday off is almost pointless as it is the best day to work. People are generally in a good mood on Friday and lots of companies finish early and go to the pub. Skipping Monday may seem like a good idea but in practise people will almost certainly think you had a heavy weekend in the pub and are skiving, even if you’re not. Your colleagues will be jealous that you had the hardest weekday off and may be suspicious and rude when you return on Tuesday.

Tuesday, Wednesday and Thursday are all pretty similar mid-week days. Taking Thursday off however gives the impression that you have worked 60% of the week (that’s more than half) before giving up. It gives your colleagues the message that you’ve stuck in with them for most of the week and are just taking a day off, before coming back to bond on Friday. Things start to wind down on Thursday too so taking the day off then should mean less work to catch up on during Friday!

Points to take note of:

Blag Your Way Through A Job Interview